Philanthropist, and precious metals magnate, Charles William Engelhard Jr., was born February 15, 1917 and died March 2, 1971. He was the only son of Charles Engelhard, a Prussian, who emigrated from Hanau in 1891 as the sales representative of a platinum firm.

Charles Sr. invested in precious metals companies, amassing substantial holdings and increasing his wealth. “My father was very thorough, very Germanic,” Charles Jr. once stated. “He controlled every detail of the business. He visited every plant he owned every day, punching in and out by the time clock. In some companies, he signed every check for more than 50 cents. I can’t ever remember having a personal conversation with him. All we ever talked about was business. We talked out his problems. So even in my youth I had an intimate knowledge of business.” The family passion was apparent: “My father’s whole ambition was to have me succeed him in the business. Fortunately, I had no disinclination to do so.”

Charles Jr. fulfilled his primary education in Johannesburg, South Africa. His education continued in England, where he attended Charterhouse School and graduated Christ Church, Oxford University, in 1931. Charles later graduated Princeton University, in 1939, with a degree in history. He joined the Army Air Corps in 1941, and was honorably released after earning the rank of captain, having served as a bomber-pilot during WWII.

In 1947, Engelhard married a tall and striking woman, Jane Annette Reiss (her father’s spelling of his surname). The couple purchased and completely renovated Cragwood, a 172-acre equestrian estate in New Jersey, making it a perfect home for their five daughters, Annette, Mary Susan, Sophie, Sally and Charlene. 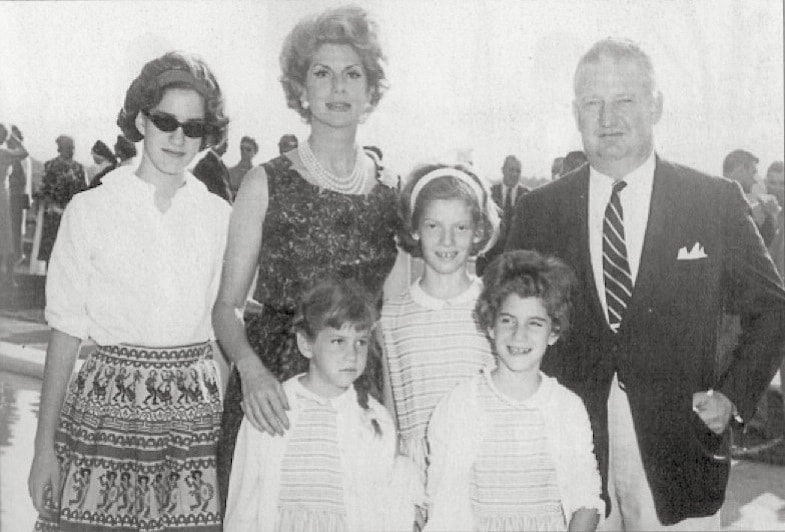 Charles and Jane with four of their daughters

From the comfort of Cragwood, the Engelhard family enjoyed the companionship of their champion golden retrievers. Their dogs won Westminster “Best in Breed” three times. A pet lion cub, named Charlie, roamed the estate and accompanied Charles and Jane on their Canadian fishing trips each June. He was shipped in a crate along with some of the golden retrievers. “I don’t know what the customs man would have thought if he had opened the lid,” Engelhard says. The cub was later donated to the Toronto Zoo.

Cragwood was also home to an old parrot, named Jacob, whom Charles had since he was 6 years old. Jacob would enjoy conversations with himself in the library, and occasionally call “Clark, Clark!”, in a high-pitched woman’s voice. The Engelhard family kept a butler named Clark for several years – Clark would come rushing to the study, as Jacob had learned to mimic the voice of Mrs. Engelhard. 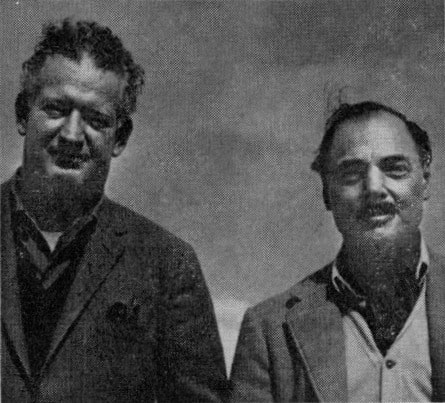 In Engelhard’s quest for forging his own success, he traveled extensively to South Africa throughout the 1940’s and 1950’s. “I wanted to do something different from what my father had done.” Engelhard stated. “Africa was different.” He established a business partnership with Harry Oppenheimer, and his firm DeBeers, and also served as chairman of the American – South African Investment Company, Ltd. of Johannesburg, the management entity of his 15% ownership of all South African mine interests. 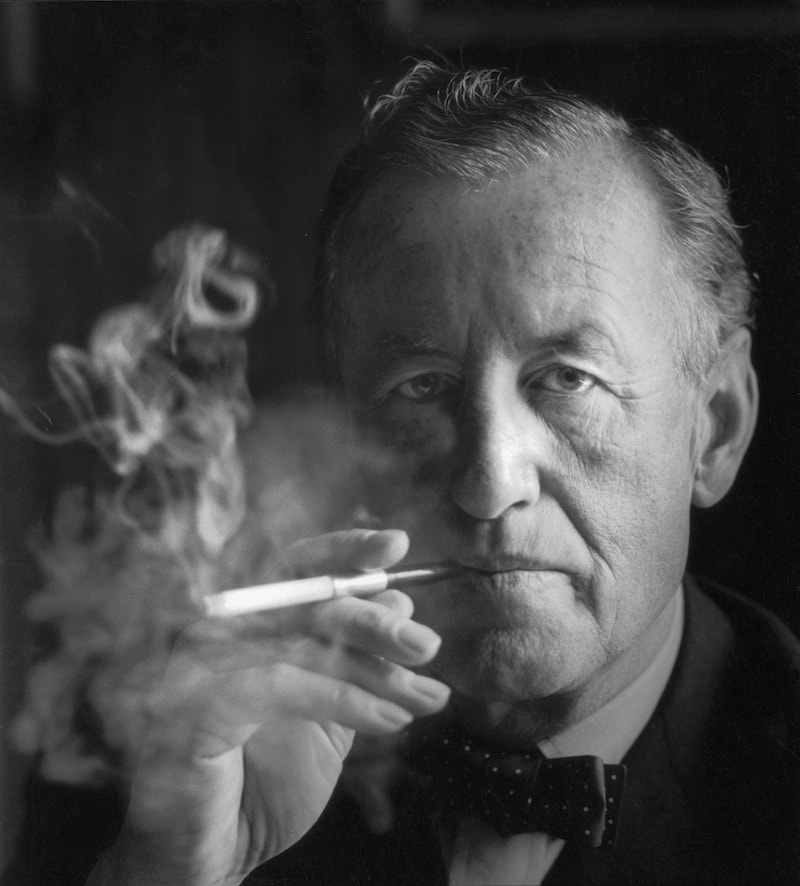 Although South African mines kept a surplus of gold, government regulations prohibited the export of gold bullion without proper permits granted thorough the central bank, which were exceedingly difficult to obtain. As the resourceful industrialist, Engelhard exploited a loophole in central bank regulations that did permit the export of art objects. He formed The Development and Investment Company of Southern Africa, Ltd., of Johannesburg, a corporation that purchased gold directly from the South African mines and cast it into statues, jewelry, pulpit pots and other religious objects. These “objets d’art” were then exported to Hong Kong, where they were melted at Engelhard’s refinery and returned to gold bullion, allowing them to be used for his industrial purposes or sold on the open market.

During this South African exploration period, in 1949, Engelhard met Ian Fleming, author of the James Bond novels. The two men met through one of Engelhard’s London based bankers, Robert Fleming & Company, founded by Ian’s grandfather. It was Robert Fleming & Company that incorporated Engelhard’s Development and Investment Company of Southern Africa – established in effort to skirt export rules. The two became acquaintances, and it is suggested that Engelhard’s global industrialist lifestyle was so enthralling to Fleming that it inspired his 1959 James Bond character, Goldfinger. Like Engelhard, Auric Goldfinger was a major racehorse-owner and clandestinely transported gold about the world to avoid export restrictions. Fleming’s villainous character was one of the richest men in the world and maniacally obsessed with all things gold. Instead of Engelhard’s golden art objects, Auric fabricated gold into his own Rolls Royce and solid gold chairs for his private plane. Engelhard reportedly took the Goldfinger talk good-naturedly. After the movie Goldfinger was released in 1964, he began calling a stewardess on his personal jet “Pussy Galore” and he showed up for a party in an orange Goldfinger sweatshirt.

The Engelhard family kept two homes in South Africa – the 25 acre estate “Courthouse” and a magnificent country home perched on a mountain overlooking forestry town, Sabie. Their homes witnessed a constant stream of business, political and social visitors during their time in South Africa. Their engagements became the apex of Johannesburg social life and often included luncheons, formal dinners and outings to the forests of Kruger Park. Kruger National Park also serves as home to the Engelhard Dam, on the Letaba River, named in honor of Charles in gratitude for donations to the South Africa National Parks Board. 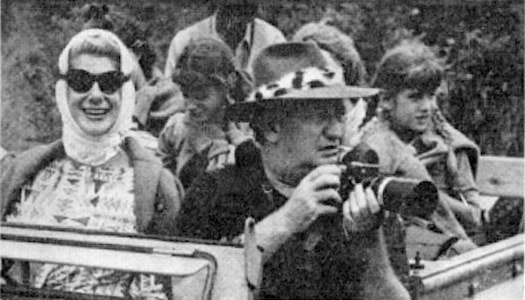 Twelve other residences, on four continents, included an apartment in the New York Waldorf Towers and marble-floored “Pamplemousse” retreat at Boca Grande, Florida. Dark Harbour, Maine, provided a summer home and London provided a flat at the Grosvenor Hotel. Others consisted of a Paris home, an apartment in Rome, a Quebec fishing lodge on the Gaspé Peninsula and the second floor of the Dolder Grand Hotel in Zurich.

Engelhard ruled business enterprises in fifty countries, travelling extensively and enjoying a lavish and high-profile lifestyle. Business associate and friend Alfred Vanderbilt illustrated him thusly: “Charlie is a mogul. My wife and I have gone to Africa and Asia with the Engelhards and you go first class… Every place we went we met the important people – lunch with Indira Gandhi, the embassy people. You see things worth seeing in a country; you don’t sit around all day and have drinks. You learn what the place is like and what its problems are. Charlie is a bright and curious man.”

Charles inherited the family business, Engelhard Hanovia and the Engelhard Minerals & Chemicals Corporation of Newark, in 1950, as well as title of “Platinum King” from his father, a moniker he reportedly detested. He greatly expanded the family-held enterprise, adding new product lines to serve the automotive, petroleum, chemical, electronics, aerospace, aviation, glass and synthetic fibers industries. In 1958, he consolidated his various operating companies into Engelhard Industries, Inc. and brought the company public on the New York Stock Exchange.

Charles Engelhard made an unsuccessful attempt at a New Jersey State Senate Seat in 1955 and lost to incumbent, Malcolm S. Forbes, by slim margin of 370 votes. He reportedly felt it a blessing in disguise as it allowed him the freedom to continue constructing his vast economic and industrial empire.

Although a formidable businessman, Charles Engelhard’s personal life encompassed many facets of recreation and hobby. He enjoyed playing golf and racing speedboats. The ebony cane Engelhard relied on for an arthritic hip did not discount his aturitative presence, but rather credited his style and complimented the large cigar often between his teeth. Charles was an avid gambler of mainly poker and backgammon, and his recreational toys included a Corvette Stingray, as well as a fleet of aircraft. He kept a Jet Commander named Pigeon; a BAC One-Eleven titled Platinum Plover and an Aero Commander called Partridge. His Convair 440 and helicopter were not named.

Engelhard’s BAC One-Eleven was manufactured on August 8, 1967, and delivered September 20, 1967 to Engelhard Industries, Inc. Platinum Plover was originally registered as N270E and now carries aircraft registration tail-number N999BW. It remains meticulously maintained and is one of the last two operational and commercially-operated BAC One-Eleven aircraft in existence. 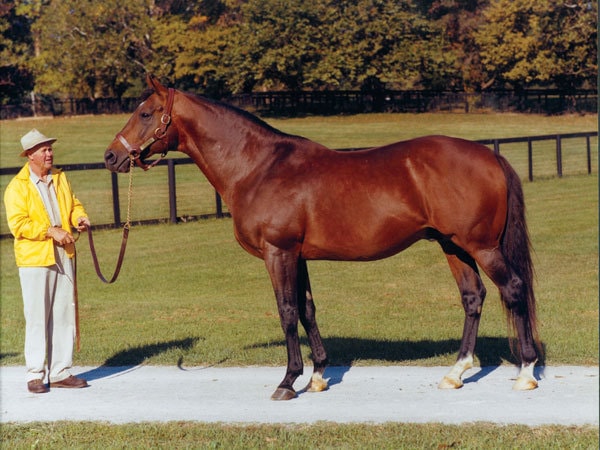 It was in Africa where Engelhard became involved with perhaps his greatest personal enjoyment, thoroughbred racing. The high-risk and exciting nature of racing attracted Charles, and, in 1957, in true Engelhard style, his passion quickly grew into a world-dominating affair. His thoroughbred empire spanned five countries and he owned as many as 300 horses, the most notable being 1970 English Triple Crown winner, Nijinsky.

A pillar of the Boys Town Organization, a non-profit dedicated to caring for children and families, Engelhard contributed to the care and upbringing of the youngsters there. The Engelhard family visited them and they looked forward to visits to the Engelhard home. “We all must begin to realize the dignity of man as a basic concept.” Engelhard once stated. He was very much a humanitarian in his aid to numerous venues of support for social welfare and education.

Charles W. Engelhard passed in his sleep of a heart attack in 1971, at the age of 54, at his walled, island home in Boca Grande, Florida, after a day of fishing on the Gulf of Mexico.  Approximately 900 mourners attended the funeral, held at Saint Mary’s Abbey Church near Morristown, New Jersey. Dignitaries included former President and Mrs. Johnson, Senators Ted Kennedy, Hubert H. Humphrey and Mike Mansfield.