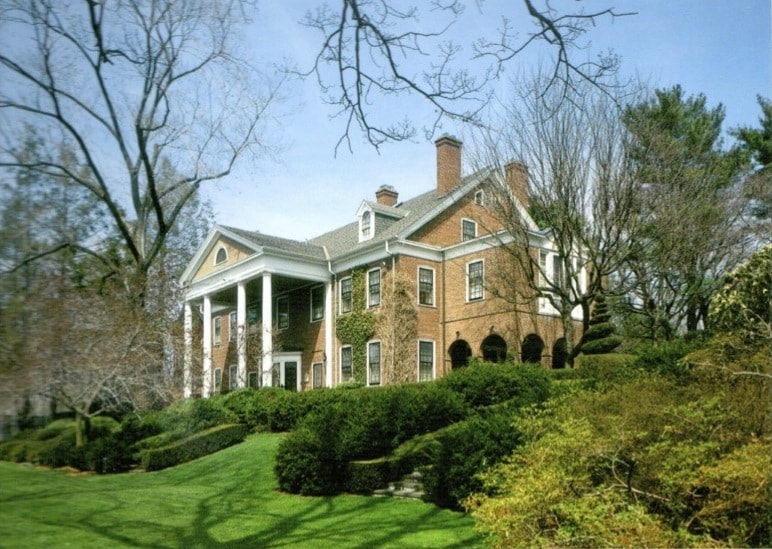 Cragwood, a 172-acre equestrian manor, served as the main estate of Charles and Jane Engelhard and sits high above Ravine Lake in New Jersey. A 1920’s Georgian Revival style mansion, Cragwood was purchased and completely renovated by the couple a few years after their marriage in 1947. The home was exquisitely decorated in pastels and kept full of flowers. The Engelhard art collection included works of Degas, Renior, Manet, Monet, Corot and Cézanne. 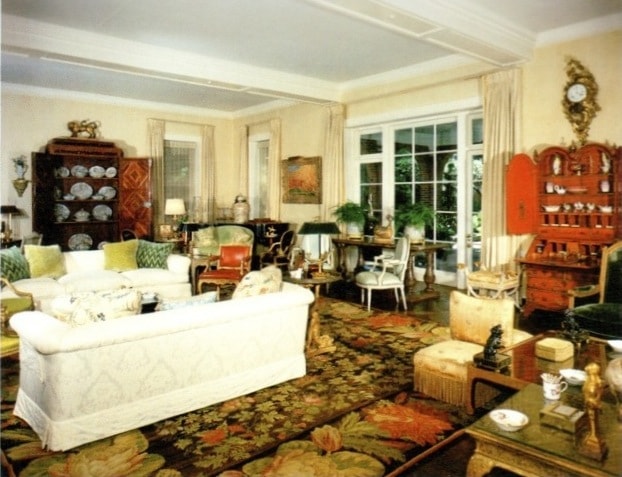 Soon after the Engelhard family acquired and renovated Cragwood, they received a visit from the English Jesuit that married them, Father Martin D’Arcy. Charles gave him a tour and asked “Well, what do you think of it, Father?” D’Arcy responded “My son, with God’s help I think you have done a wonderful job,” to which Charles reportedly replied, “You should have seen the place when God was running it on his own.” 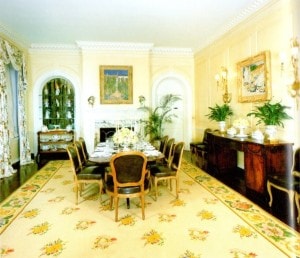 The original house on the site of Cragwood was Dogwood Hill, built in 1919 for Grafton Howland Pyne, a prominent financier. Just two years after completion, the home burned to the ground, in December, 1922. It was rebuilt, nearly an exact duplicate of the original, designed by New York architect Francis Livingston Pell. The home was built on the site of the original Somerset Hills Country Club.

The Engelhard family kept several pets about the estate, including champion golden retrievers: “The house was named Dogwood Hill when I bought it,” Engelhard stated. “But soon our friends were calling it Dog House. That’s when I decided to change the estate name to Cragwood.” Figaro of Yeo was one Best of Breed, 1963 Golden Retriever Club of America National.

Other pets of the Engelhard family included Charlie, a lion cub, a parrot named Jacob, and a Muscovy duck that would enjoy watching television with Charles. It was common for one of the dogs to curl in his lap and a cat perch on his shoulder during his time at Cragwood. “Charlie is an awfully cozy person, he doesn’t seem to mind.” Mrs. Houghton, a family friend, once said. The home’s exceptional furnishings did not preclude one of the Engelhard daughters from once riding her horse up the staircase.

Cragwood library was originally a first floor bedroom suite, and converted by the Parish-Hadley decorating firm. The library was home to the family parrot, Jacob, as well as Mrs. Engelhard’s extensive collection of first edition books. It is also where she housed her collection of important historical documents, including the original Proclamation of the Louisiana Purchase, signed by Thomas Jefferson and James Madison. 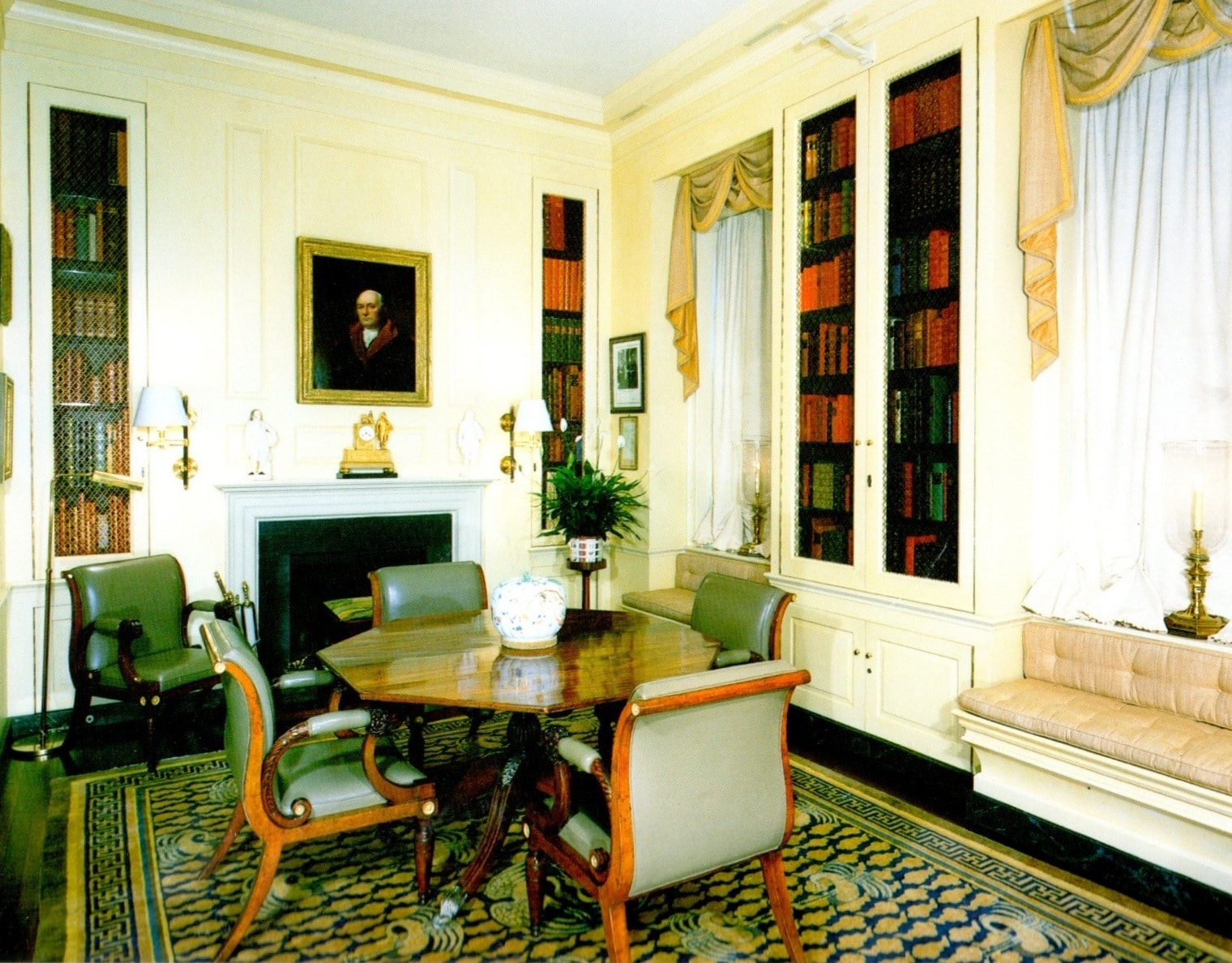 The house was constantly bustling with family guests, and provided a vibrant social atmosphere. Dinner parties were attended by celebrities and international dignitaries. Presidents Kennedy and Johnson were guests, as were Imelda Marcos, Prince and Princess Victor Hohenloe, Sister Parish, and neighbor Mike Tyson and his then wife, Robin Gibbons. The Engelhards would host a “royal weekend” celebration each spring, honoring the Duke and Duchess of Windsor as guests. During one such party, an enormous emerald ring belonging to the duchess was discovered, by accident, during an Easter egg hunt, as it approximated the size of an Easter egg. The couple’s parties at Cragwood were indeed legendary. It is reported that table décor included stacks of gold Krugerrands given away as party favors.

Jane Engelhard continued to live at Cragwood for many years after her husband’s untimely death, in 1971. Mrs. Engelhard sold Cragwood in 1996, upon her relocation to Nantucket, Massachusetts.