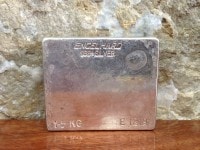 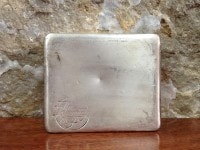 These ingots were in fact produced for the Shell Company of Australia when they had a competition for their fuel distributors in the early 1980s called "The Winning Way". One of our collectors had a distributorship during that period and won four or five of these ingots. He gave some away to staff and kept two until recently and sold them on public auction. In the early years of the competition, the ingots were a longer and skinnier shape and the ones shown in our photos were given in the later years.

These ingots were produced at the Engelhard refinery in Thomastown, Australia.