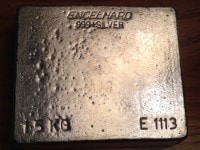 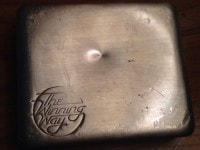 Don Scott was born in 1932 and became one of Australia’s most iconic professional gamblers. Don became involved in horse racing in his early years and formed a gambling syndicate known as the Legal Eagles. Don published four books during his gambling career, to include Winning in 1978, The Winning Way to Successful Punting in 1982, Winning More in 1985 and Winning in the 90’s in 1990.

We believe Engelhard produced this bar in limited quantity in 1982 exclusively for Don Scott’s promotion of his latest book, The Winning Way. These ingots were produced at the Engelhard refinery in Thomastown, Australia.